While chasing the villains in the “Broken Ear”, Tintin reaches Las Dopicos, the capital of the Repulic of San Theodoros which was ruled by the tyrant General Tapioca. While in the city, Tintin was framed for supporting the revolution against General Tapioca’s rule and was condemned to be executed by a firing squad.

As the firing squad was preparing to execute him, there were a series of alternating revolutions and finally General Alcazar took over power. One thing led to another and

Tintin became good friends with General Alcazar who made him a Colonel in his army. One evening while on a walk Tintin was kidnapped by the villains again in a Black car. This was the Citroen 7CV Traction Avant.

Peugeot-Citroen is the second largest French automobile manufacturer after Renault-Nissan. The Citroen Traction Avant covered three models, 7CV, 11CV and 15CV and was manufactured from 1934 to 1957. Approximately 760,000 units of this car were produced during this period.

It was the world’s

first front wheel drive car with a monocoque body. This car pioneered front-wheel drive in the European mass car market. The monocoque body ensured that the car was low slung as compared to its contemporaries which were built on a separate chassis. Thus not needing any running boards. At a time when most of its contemporaries used live axles suspended by leaf springs, this car employed independent front suspension using torsion bars and wish bones. At the same time the rear suspension was a simple beam axle with Panhard rod, trailing arm and torsion bars. 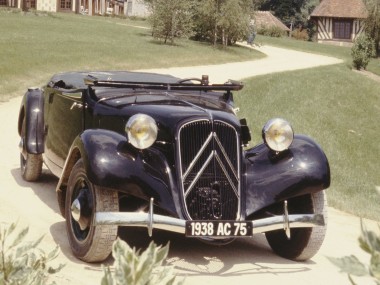 As the engines were placed well within the wheelbase of the car, the weight distribution was near ideal and this improved handling tremendously. The monocoque bodies were lighter, kerb weight of the car was around 1025 kg. As a result, the modest power from the engines could still push these cars to speeds up to 100 km/h (62 mph) 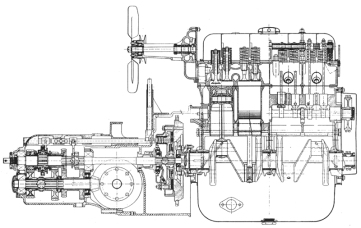 Braking power was provided by hydraulically operated drum brakes on all four wheels. 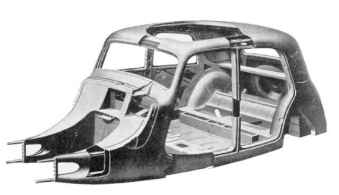