We were following the journey of Tintin and Captain Haddock from Geneva to Nyon. The two were searching for Professor Calculus who had vanished from Marlinspike Hall. In my last post we saw that Captain and Tintin had taken a cab, a Simca Aronde to Nyon. However, their progress was tracked by the villains who followed them in a Citroen Traction Avante. The villains caught up with our friends and forced them into a pond. The idea was to obviously kill them. A number of cars stopped at the purported accident site. Of these cars was a red coloured car. This was the Chevrolet Bel Air. 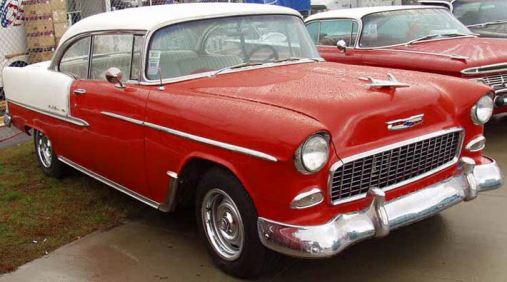 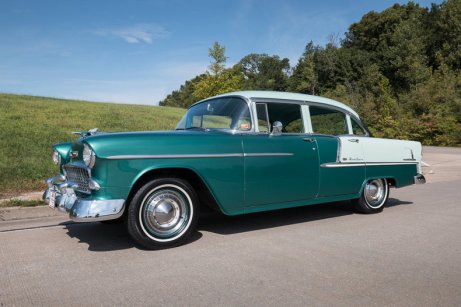 These were very successful cars comprising 23% of all car sales in the USA in 1955. In addition to USA, the Bel Air was manufactured  in Venezuela and Canada. These large cars were offered with a large number of engine options. 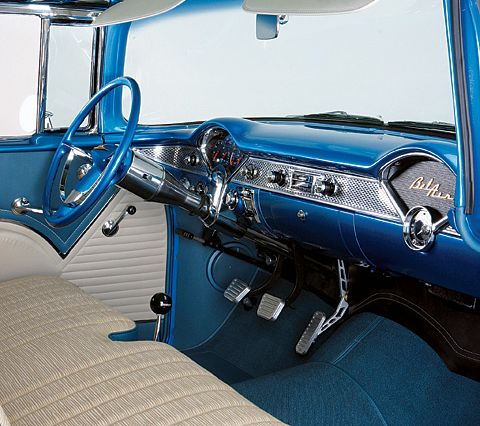 By 1955 model, Chevrolet has caught up with the new shoe-box design, a trend started by Ford. The Bel Air had smooth and straight side panels, a flat bonnet, wrap around wind-shields and triangular tail lamps which jutted out towards the sides. These cars offered a number of creature comforts like air conditioning, power windows and power seats. The electrical system was upgraded from 6 volt to 12 volt to support the additional loads. Power steering and power brakes were offered as optional. The Bel Air was differentiated from the 150 and 210 Series both externally and internally. They came with carpets, chrome headliner bands on the hardtops, chrome spears on the front fenders, stainless steel window moldings and full wheel covers. One could order the Bel Air in solid colour offered on the 150 series or a combination of 19 two tone colours. 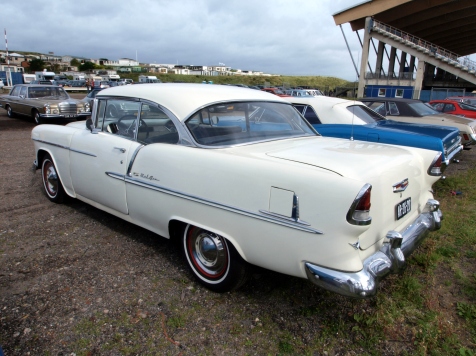 These 1955 cars were offered with a number of engine options; all breathing through two overhead push-rod operated valves; which included the following:-

The power and torque produced by these engines were transferred to the rear wheel using another three options of transmission:- 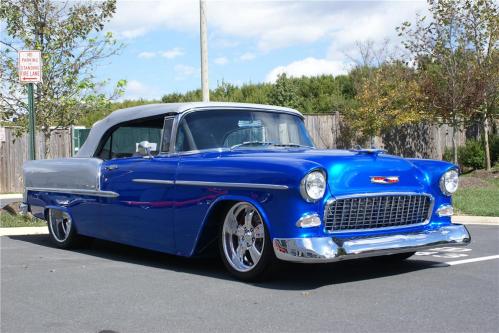 The V-8 coupled to a 2-speed “Powerglide” automatic gearbox could push this humongous nearly 5 meters long, 1,500 Kg (3,310 lb) car to a 100 km/h in 12.9 seconds while a 180 BHP model with four speed manual transmission could do the same in 9.3 seconds. If the foot was not removed from the accelerator pedal, the car would continue accelerating till it reached a top speed of 170 km/h (106 mph). Front suspension was independent, comprising long and short wishbones arms with spherical joints and coil springs. Rear suspension comprised a live axle supported by semi-elliptical leaf springs. Stopping power was provided by huge (11″) drum brakes.

These cars were extremely popular and are still very popular with the hodrodding community. A number of restored and modified Bel Airs can be seen even today.