I stay in Pune. A city which has been the hub of industrialisation in India. Pune is home to some of the largest manufacturing companies from across the Globe. A city that started its modern life as a quaint cantonment built by the British for resting their troops. The proximity to Bombay (now Mumbai), a port and trading hub and the lack of space in Mumbai to expand led to several companies setting up manufacturing units in Pune. Now, with the boom in IT-industry, Pune is expanding and growing by leaps and bounds. Mumbai – Pune Expressway, first modern road project of India is the main and fastest link between the cities which provide the money (Mumbai) and make the stuff (Pune). On a clear day, if you are lucky, you can over the distance in not more than 3 hours. But, that is not the case if even one truck meets with an accident (which is quite frequent in India). Your journey can extend up to six hours.

Recently newspapers in Pune were flooded with news of this genie, which would solve the travel woes and reduce the travel time between these two cities to a few minutes, 25 to be precise. This genie is called the Hyper-loop. Wow! but what is this hyper-loop and how does it do this?

Well, a hyper-loop is a conceptual mode of transport which is a cross between rail travel and flying. Though the atmosphere around the earth is essential for our survival, it creates a lot of problems for things that want to go fast. The air, which we do not feel, exerts a lot of resistance to the movement of a body. As the body goes faster, a huge amount of energy is required to overcome this resistance. Second issue is friction offered by the ground. Its required to allow us to walk or move, but it saps a lot of energy. Aircraft go fast because they fly high where density of air is less and hence the resistance is less. Also, they do not have to overcome the ground friction simply because they are not on the ground. Trains are more efficient because they encounter lesser friction – steel wheels on steel tracks – but they face a huge amount of air resistance because of their bulk.

Hyper-loop tries to solve both these issues. It envisages a tube in which a low pressure; around 100 millibar; is maintained. Inside this tube will move pods which will carry  passengers or goods or both. These pods will float over rails using either air bearings or magnetic levitation. So the tube under vacuum takes care of the air resistance while the magnetic levitation takes care of the friction. And voila, you have pods moving at speeds of up to 1,220 km/h (760 mph). They are faster than aircraft, they do not have to worry about traffic crossings, changing railway tracks, and colliding with other aircraft. 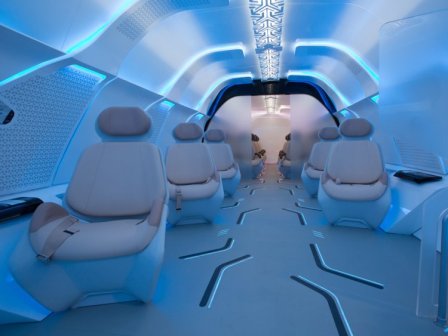 The beauty is that all these technologies exist and can be implemented. Japan, China, Germany and several more countries already have trains propelled by magnetic levitation which have achieved speeds up to 605 km/h (watch the video here). Fabrication of large tubular structures is not an issue and technologies do exist to create low pressure in sealed tubes. Specifically in case of the Pune – Mumbai route, the Hyperloop could reduce energy consumption by harnessing the downhill movement of the pods going from Pune to Mumbai to support the uphill movement of the Mumbai to Pune pods.

The idea of a train or any other means of transport moving in evacuated tubes is more than a century old. But the idea of modern Hyperloop was developed by Elon Musk in June 2012. The idea has been kept open source and now several companies are working to develop technologies for the hyperloop. This includes Richard Branson’s Virgin Hyperloop One, the company that has proposed to build the Pune – Mumbai Hyperloop and has entered into an MoU with the Government of Maharashtra in India. The company claims that cost of a ticket on the Pune – Mumbai Hyper-loop will cost less than an airline ticket. But then, a small minority flies to Mumbai from Pune. The majority travels by train or road. A First Class train ticket costs about INR 1,200.00 ($ 17.50) while a ride in an AC luxury bus will set you back by between INR 450.00 ($5.80)  to 600.00 ($ 8.70). This is what the Hyper-loop will have to compete against.

Yes, it is an exciting technology which is faster and safer (there are an average of 200 deaths per annum on the Pune – Mumbai Expressway) than the next best alternative. If it can offer the service at a competitive price it will definitely succeed and usher in an era of clean safe transport between Pune and Mumbai.

One thought on “Future of Rail Travel – Hyper Loop”