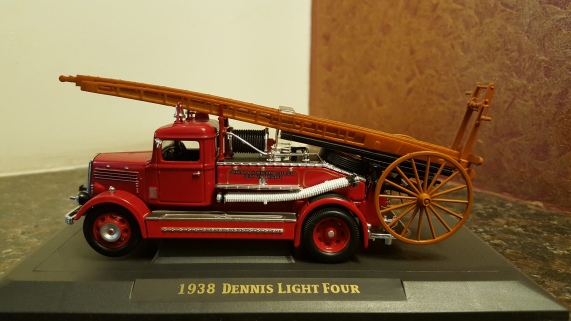 With my last post, I had started with the stories of Fire Engines in my collection. Thanks to the baggage weight limitation I had restricted myself to buying only three of these models. The first one was the Stutz Model C from 1924. Moving on to the next decade, my second fire engine is the Dennis Light Four from 1938. These fire engines were manufactured by the Dennis Brothers Limited, a company founded by brothers John and Herbert Dennis in 1901. Dennis brothers had started in 1895 with the manufacturing and sale of bi-cycles at their Universal Athletic Stores. They moved on to motorcycles, motor tricycles, quadricycle and finally cars in 1900. They entered into the commercial vehicle sector in 1903 with the introduction of the first bus. Dennis remained a commercial vehicle manufacturer thereafter. Their first fire engine was introduced in 1908. 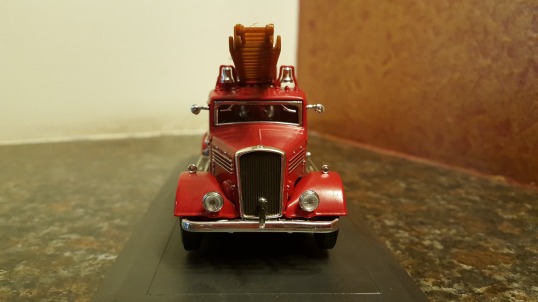 Dennis Brothers expanded at a very quick pace. They merged with White and Poppe in 1919. White and Poppe was the prime supplier of engines to Dennis from their early days. In the 1990s, the company was split into three companies: –

Dennis Bus and Dennis Fire are now owned by Alexander Dennis while Dennis Eagle is owned by Ros Roca. 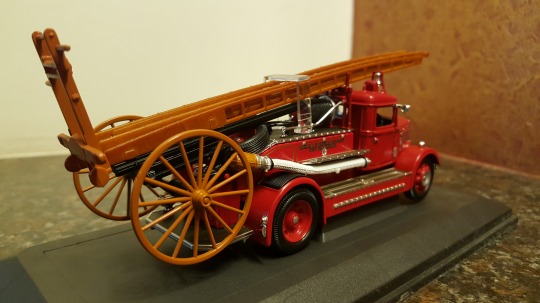 The main distinguishing feature of the Dennis fire engines was the use of centrifugal main pumps instead of the reciprocating (piston) pumps which were common in fire engines of that era. Though the piston pumps were useful when pumping water from a pond which was not pressurised, they were complicated, had lesser capacity and gave a pulsating discharge which required air filled dampers to even out the flow. The Centrifugal pumps were more efficient when it came to supplying water from pressurised fire hydrants as they boosted the fir hydrant pressure in a seamless manner. These pumps were sold by Dennis as “Turbine Pumps”. 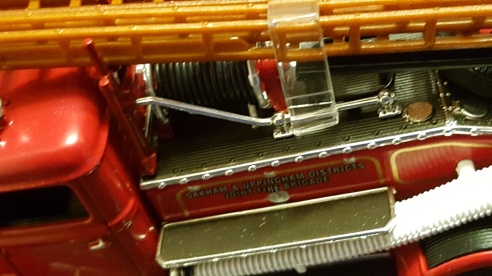 The 1938 Dennis Light Four was powered by a 3.7 litre inline four cylinder naturally aspirated petrol engine. These engines breathed through side valves and produced around 60 BHP. All this power was transmitted to the rear wheels using a five speed manual gearbox. This gearbox had an overdrive on the fifth gear. This propulsion combination was sufficient to push the Light Four to a top speed of 96 km/h (60 mph). 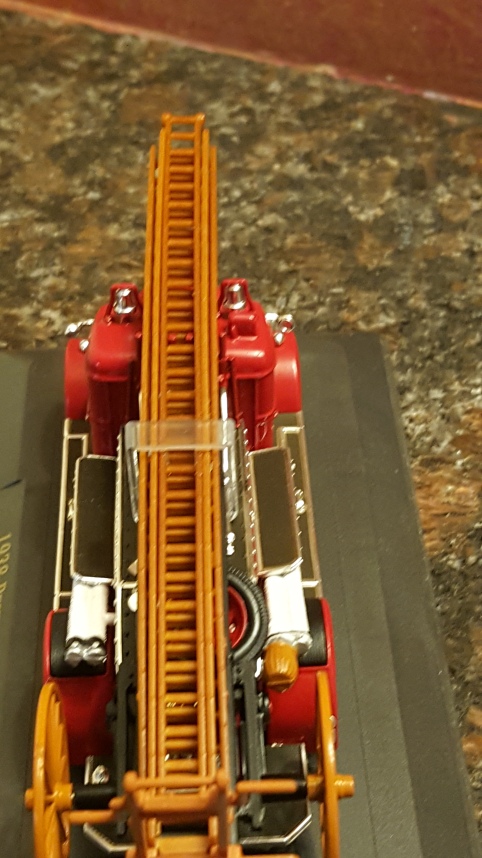 The Light four had a main pump and a gear pump. The main pump was a centrifugal pump while the gear pump was used to feed to the hose reel. This fire engine could carry 50 gallons (227 litres) of water in an on-board tank. They were also equipped with a “Pump Escape” system. This system comprised of, in addition to the main pump, a 30 foot (9.144 m) extension ladder which could be pulled out from the rear of the fire engine. These ladders were supplied by companies like, Ajax, Bailey and Dewherst. They were made from laminated wood. My model has a 50 foot (15.24 m) ladder which came with wheels. This arrangement allowed for the ladder to be removed from the fire engine, thus improving manouevrability and allowed the vehicle as well as the ladder to be positioned closer to the building on fire. This system was called the “Wheeled Escape”. 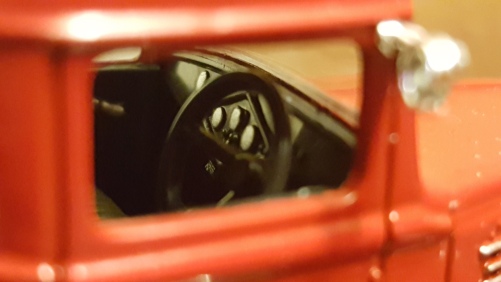 The Dennis Light Four was equipped with a covered cabin for the driver while the firemen stood on a platform on the locker box with just a single rail to hold on to. This was a dangerous way of traveling as the speed of the vehicles increased. Letr models of the vehicle had improved design, including a cabin for the crew to travel in.