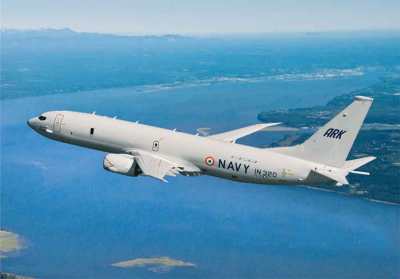 The “Golden Globe Race” is a race to circumnavigate the world solo in a sailing boat. This race is being held to commemorate 50 years of “Sunday Times Golden Globe Race”  held in 1968-69. The original race was sponsored by the British “Sunday Times”. This race led to the popularity of similar races like “BOC Challenge” and “Vendee Globe”. The “Sunday Times Golden Globe Race” required circumnavigating the world around the “Cape of Good Hope” and “Cape Horn”. The original race started with 9 participants but only Sir Robin Knox – Johnston of UK could finish the race in the “Suhaili”. The present race started on 01 Jul 18 from Le Sables-d’Olonne in France. It was flagged off by none other than Sir Robin Knox – Johnston onboard his race winning yacht “Suhaili”. The “Golden Globe Race” required that all entrants use a boat similar to the ones used in 1968. This meant sailing without satellite based navigation systems or modern technologies. All boats required to meet the following specifications:-

18 sailors are participating in the race, out of which 7 retired by 21 Sep 18. The sailor in third position on 21 Sep 18 was Cdr Abhilash Tomy of India, a 39 year old officer of the Indian Navy in the boat “Thuriya”, which is a replica of the “Suhaili”. on 21 Sep 18, the race faced severe storm around 1,900 nautical miles south-west of Perth, Australia. The severe storm and heavy seas led to “Thuriya” capsizing and rolling over. Though the boat righted, it lost its mast. Also Cdr Abhilash hurt his back badly and was incapacitated. An accompanying competitor from Ireland, “Hanley Energy Endurance” also rolled over and dis-masted, but was able to jury rig a sail and start her engines.

As a result of this accident, the Australian SAR authorities and the Indian Navy deployed their resources to search and rescue the injured officer and provide assistance to other sailors in need. “Thuriya” was located by an Indian Navy Long Range Maritime Patrol Aircraft, the P8-I, operating out of Mauritius. The P8-I is built by Boeing and is a version of the P8-A Poseidon with the US Navy. This aircraft is also in commission with the Royal Australian Air Force which also deployed the P8 to locate Cdr Abhilash. P8s are also on order for the Royal New Zealand Air Force, UK’s Royal Air Force and the Royal Norwegian Air Force

The P8-I is a long range anti-submarine and anti-surface warfare, intelligence, surveillance and reconnaissance aircraft. It was developed in 2012 and Indian Navy was the first foreign buyer of the aircraft. The Indian Navy has inducted these aircraft to replace the Russian origin TU-142 M aircraft which were retired after exemplary service. The P8-I differs from the P8-A in terms of certain Indian built equipment installed onboard. India operates 8 of these aircraft and intends to buy 4 more.

This aircraft is weaponised and carries the following weapons to not only search but also destroy ships and submarines: –

Though the aircraft carries a suite of systems to identify and track enemy warships and submarines, the same equipment was used in a humanitarian role for searching and locating Cdr Abhilash, whose boat “Thuriya” has been visually sighted. The Indian Navy P8-Is were used extensively for the search of Malaysian Airlines flight MH370 also.

This aircraft could only sight the “Thuriya”, to pick up Cdr Abhilash and provide medical support, we need a ship there. Indian Navy has dispatched the INS Satpura for the task. She will be the subject of my next post.

One thought on “Finding Abhilash – P8-I”