I am continuing with the story ” Blue Lotus”. I have come across a vehicle which is new to me. I am sure, not may people beyond Europe would have heard of this company. 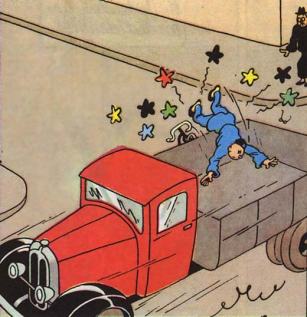 There is a scene in the book where Tintin on a cycle collides with a red truck. The truck is an Automiesse .

Automiesse was a Belgian company that manufactured cars, motorcycles, buses and trucks. It was founded in 1894 by Jules Miesse for building steam cars. The first car was ready in 1896. The company also built small petrol engines, mainly for motorcycle. In the year 1900 a Miesse motorcycle won the flying kilometer race in Diegem in Belgium. The bike was ridden by a gentlemen named Mulder. The first steam car was launched by Miesse in 1901. 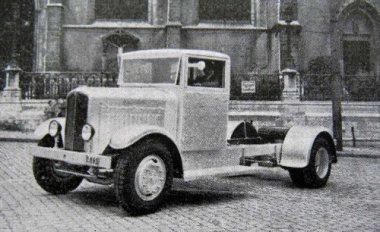 From 1910 onwards, the company started offering steam driven commercial vehicles. By 1915 Miesses had on offer lorries with payloads of 2.5 and 5 tons .

In 1925, the company developed and introduced its first petrol engined truck 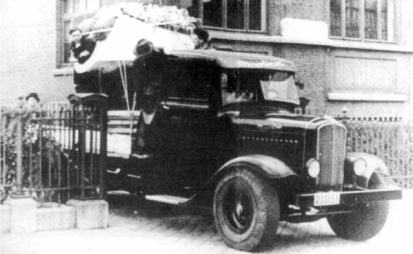 which had a carrying capacity of 5 tons. With the ascendance of the petrol engine and because of the various limitations imposed by steam cars, the sales of steam cars continued to drop and Miesse stopped manufacturing cars in 1926, a time when Miesse taxis were a familiar site on the streets of Brussels.

The company acquired and merged with another truck manufacturer Usines Bollinckx,  in 1929. The new company was renamed as Automobiles Miesse et Usines Bollinckx Societé Anonyme. In 1932, it obtained license from British diesel engine manufacturer Gardner to build and use its diesel engines in Miesse trucks. These trucks usually had six or eight cylinder engines. As these engines were powerful, Miesse trucks produced sufficient power to allow building heavier vehicles.

The company was renamed as simply Automiesse in 1939. The same year it introduced rigid eight-wheeler trucks with steerable fourth axle. 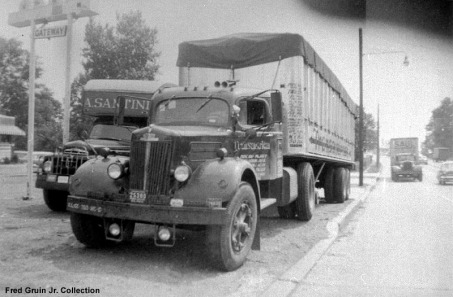 These trucks had a payload of 16 tons. The company produced and supplied vehicles for the Belgian Army also. A number of these vehicles were used by the German occupying forces in Belgium during World War II.

After World War II the company focussed on building heavy duty vehicles powered by Gardener engines. In 1946, they introduced trucks with 38 tons payload. The company also introduced trucks based on Detroit Diesel and Bussing engines. With the consolidation in the commercial vehicles industry, the company faced increasing competition from international truck and bus manufacturers. Miesse’s fortunes started to decline from 1968 onwards and the last vehicle was built by the company in 1972. 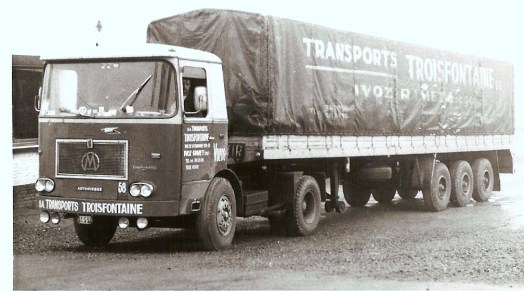 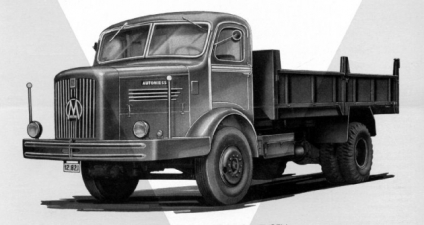 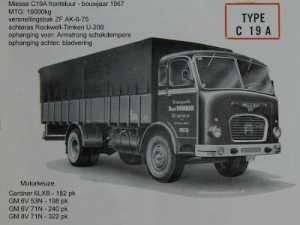 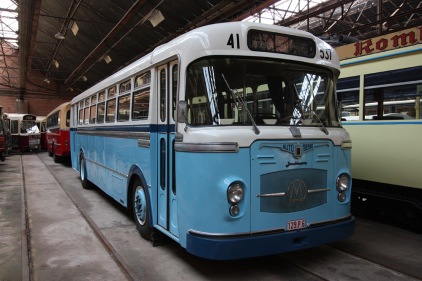 Join 985 other followers
Follow The Transport Journal on WordPress.com