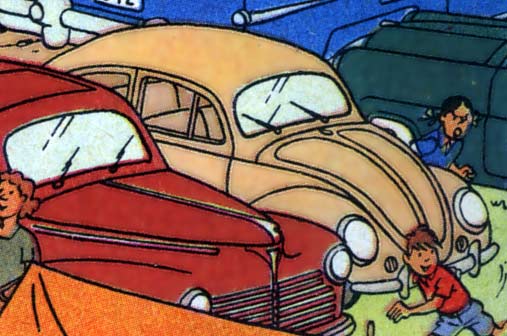 I think, “The Calculus Affair” which is based in Europe of the 1950s has maximum number of cars depicted in it compared to any other Tintin book. This book is replete with street scenes from various European cities, both real and imaginary. We are still in the temporary parking lot in front of Marlinspike Hall. Another classic and an automotive icon that is shown parked here is the Volkswagen Beetle. I don’t think, anyone, who is even remotely aware about cars can fail to recognise this vehicle. 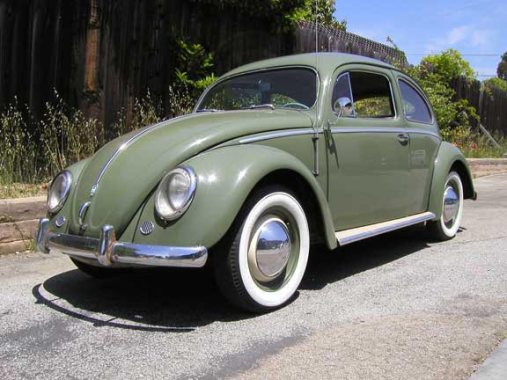 This car was developed by the legendary Ferdinand Porsche, yes the same man who gave us another icon of automotive world. It was developed under the directions of, like it or not, Adolf Hitler, who wanted the people of Germany to be mobile. The broad directives issued were that the car should be able to:- 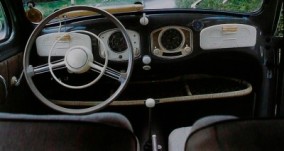 This Wagen was made available to the German Volks through a saving scheme called the Sparkarte (Saving book) at a price of 990 Reichsmarks. This was then the cost of a small motorcycle. In Germany, the average weekly income was 32 Reichsmarks.

Within a year of production starting in 1938, Germany was at war. As a result, a handful of these 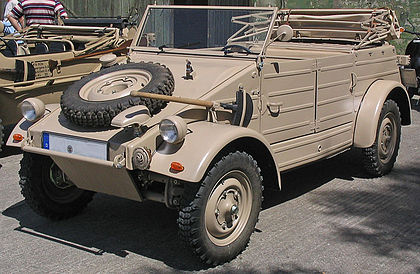 cars were produced while the effort was shifted to producing military vehicles based on the same chassis, namely the 4X4 Kubelwagen and the amphibious Schwimmwagen. A few of these cars were built as the modified 4X4 Kommandeurwagen which looked similar to the Beetle, but were wider to accommodate the all terrain tyres. 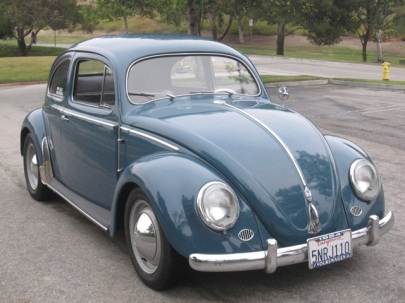 After the war, the Volkswagen factory was handed over to the British who refused to ship it to UK giving the reason – “the vehicle does not meet the fundamental technical requirement of a motor-car … it is quite unattractive to the average buyer … To build the car commercially would be a completely uneconomic enterprise”, how they would have kicked themselves later!!!! This uneconomic, unattractive vehicle which did not meet the fundamental technical requirements of a car went on to be manufactured from 1938 to 2003 (55 years) in 15 countries selling more than twenty one and a half million  (21,529,464) cars worldwide. 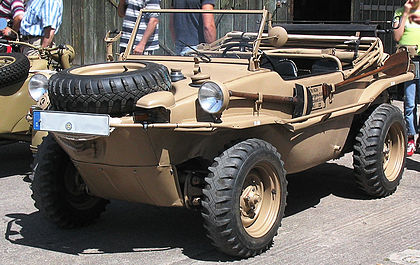 Ironically, the first orders came to Volkswagen from the British Army for a 1000 cars, named as the Volkswagen Type 1. Though officially the name continued, the car was popularly known as the beetle. The Beetle was better than its competitors because it could touch a maximum speed of 115 km/h (71 mph), do a 0–100 km/h (0–62 mph) dash in 27.5 seconds and return 6.7 l/100 km (36 mpg). It was better on the highways compared to a Citroen 2 CV which was aimed for low speed driving on poor roads and the Morris Minor, which was designed for a market with no motorways. It was even comparable with modern city cars like the Austin Mini.

In 1950, the Microbus was introduced which was based on the same chassis and concept of engine layout and transmission. This was another hugely successful offering from Volkswagen.

The Volkswagen Beetle (Type 1) was offered as:- 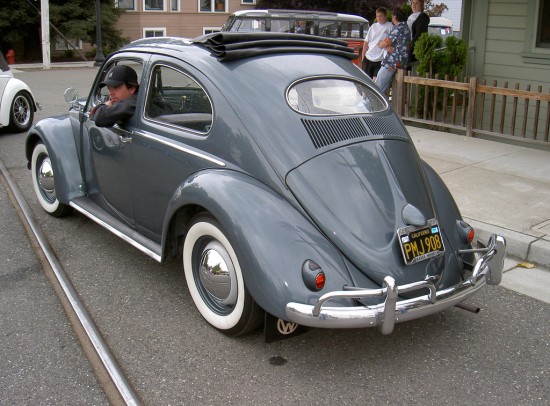 The 1954 model was powered by an air cooled by a four cylinder naturally aspirated boxer petrol engine placed at the rear of the car and driving the rear wheels through a four speed gearbox. This engine displaced 1,192 cc (72.74 Cu-inch) and produced 38.5 HP at 3,900 rpm. It also generated 89 N-m (65.6ft-lb) of torque. This power was enough to push the 740 kg (1631lb) car to a maximum speed of 115 km/h (71 mph). Stopping power was provided by, depending on the model,  hydraulically operated or mechanical drum brakes on all four wheels.

Though production continued in Brazil and Mexico till 2003, the model was reinvented and introduced as the new Beetle in Europe in 1997. This car, though heavily inspired by the original Beetle in styling, had a conventional front engine-rear wheel drive configuration.