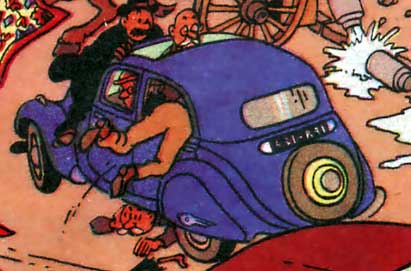 We are still aboard the Lancia Aurelia driven by Arturo Benedetto Giovanni Guiseppe Pietro Archangelo Alfredo Cartofolli da Milano, traversing through a small town on our way to Borduria as we chase the car suspected to be carrying the kidnapped Professor Calculus. Till now, having missed a number of cars and trucks of American and French origin, Arturo avoids hitting another car of French origin, this time an old Peugeot 202 from 1939. 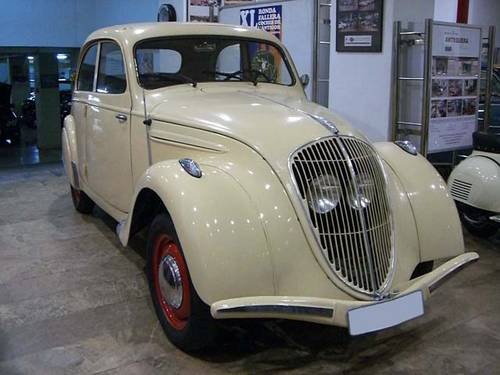 The 202 was a supermini manufactured in France. The care was introduced in the French market in 1938. Production stopped in 1942 amidst the destruction wrought by World War II. Peugeot attempted restarting production in 1945 when just 20 cars were manufactured. Finally production of the cars re-started in 1946 and continued till 1949. Peugeot had carried out a massive market survey activity in the form of interaction with the public during the 1937 Paris Motor Show. Peugeot sought to know from the visiting public what they wanted in a small car. It is not clear whether all the suggestions received were incorporated or not, but the exercise generated lot of positive publicity before the car was launched. 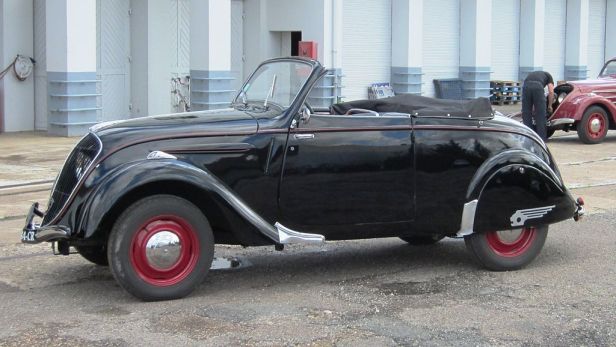 The 202 carried on design cues from the earlier launched 302. It was instantly recognisable as Peugeot of the time as it also had the headlamps placed behind the grille. The car was offered in a number of body styles like:- 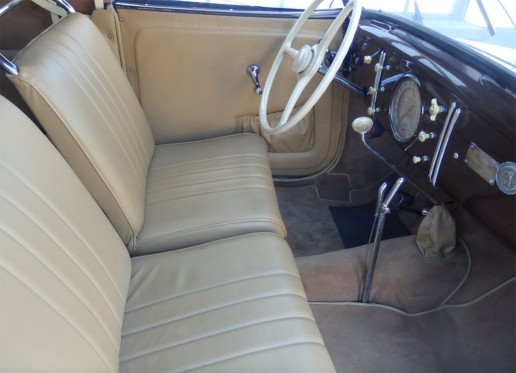 Surprisingly, the 4-door saloon did not have an external boot lid. As a result the boot had to be accessed from inside the car, ease of loading/ unloading luggage be damned. The cabriolet came with an external boot, but was nearly 30% more expensive and less practical because it could seat only two. Body construction was monocoque and front doors were suicide doors for ease of ingress and egress. 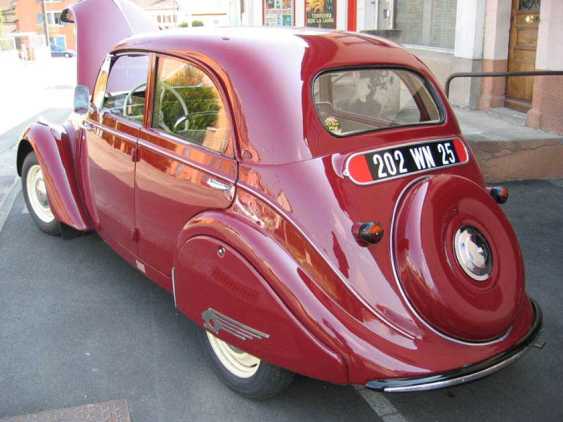 The 202 was powered by a 1,133cc (69.14 cu-inch)  4 cylinder, in-line naturally aspirated petrol engine. Inlet of air and exhaust of combustion products was managed through two over head valves per cylinder.This engine produced 30 BHP at 4,000 rpm. The engine was positioned longitudinally and powered the rear wheels. All the torque and power was transmitted through a manual three speed gearbox which had synchromesh on gears 2 and 3. This engine could push the car to a maximum speed of 100 km/h (62 mph). 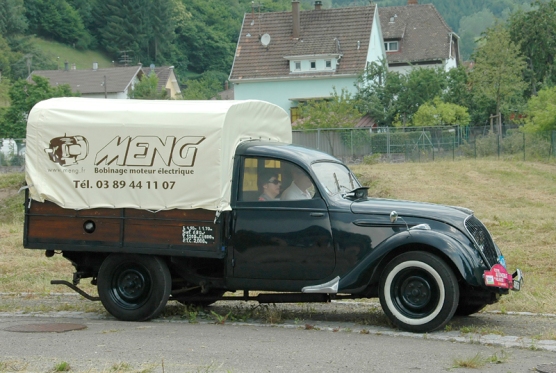 It was not a very large car, the saloon measured 4,110 mm (162 “) in length, 1,500 mm (59″)cin width and 1,550 mm (61”) in height. It weighed in at 890 kg (1,960 lb). The car followed Peugeot’s philosophy of providing modern technology. As a result it had independent suspension at the front and leaf springs at the rear. Stopping power was provided by mechanically operated drum brakes. Hydraulic brakes were introduced only in 1946.