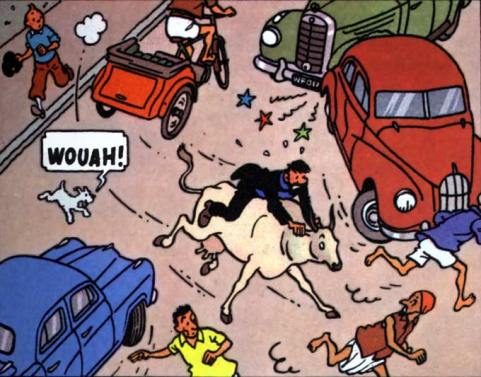 Tintin’s friend Chang was on an aeroplane which crashed in Tibet, but intuition told him that Chang was alive. Tintin being Tintin, he left in search of his friend half way around the world based on just a hunch. In my last post, Tintin and Captain Haddock were in Delhi on their way to Nepal in “Tintin in Tibet”. After sight seeing they were in their way to the airport when Captain Haddock decided to move an imbecile cow which was blocking the road. The Captain ended riding the cow with the attendant chaos that it created on road. Once scene depicts the cow weaving through cars on the road before it dumped the Captain in a Cadillac Type 75 Taxi. The Captain escaped being run over by an Austin Cambridge, while the driver of a Green Mercedes 220 hit another car.

Mercedes has manufactured a number of cars with the 220 model name. In fact you can still buy a 220 C and E Class Mercedes. This model name spawned a number of platforms like: – 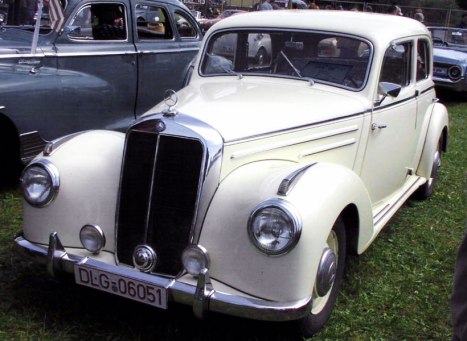 The car in “Tintin in Tibet” is a W187. This was a full size luxury car manufactured by Mercedes from 1951 to 1955. This car along with the Mercedes Benz 300 Adenauer were the first post World War II six cylinder cars introduced by Mercedes. These cars were manufactured as:- 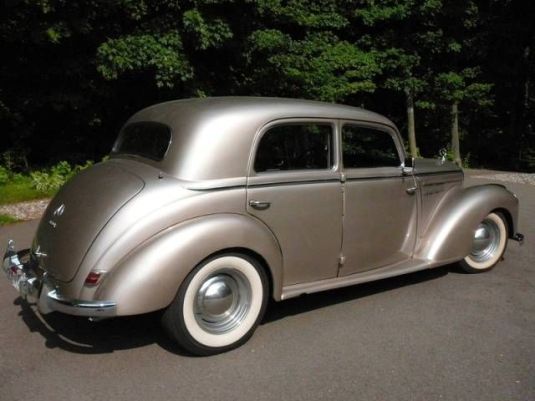 The cars looked very similar to the Mercedes Benz S170 with only the headlights being integrated into the fenders to give a more modern look. This was because the tooling of 170 was the only complete set which survived the fury of American and British bombers. Mercedes factories were a major target for the US and British Air Forces during World War II. As a result, most of the cars which came out of the Mercedes factories looked very similar to the 170 for many years till the company revived. Certain upgrades were introduced for the 220 in the form of curved windscreens in response to the demand from celebrity owners of these cars, of whom Mercedes never had a dearth. The major difference between the 170 and 220 was the engine. The 220s were offered with six cylinder engines. 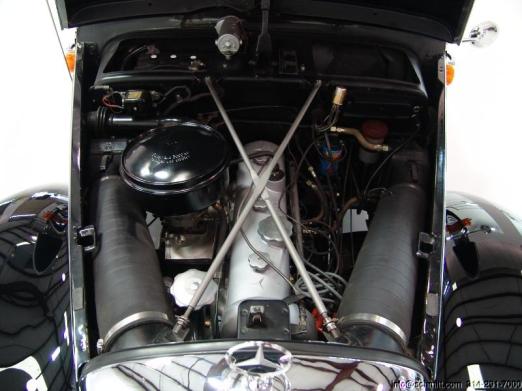 These cars were powered by a 2,195 cc ( 134.2 Cu-inch) naturally aspirated inline six cylinder petrol engine. Each cylinder breathed using two valves, one for sucking in the air fuel mixture and the other for exhausting the burnt gases. These valves were operated by a single overhead cam (SOHC). These engines produced 70 BHP at 4,600 rpm and could churn out 142 N-m (105 ft-lb) of torque at 2,500 rpm. All the power and torque was transmitted from the front mounted engine to the rear wheels through a 4-speed manual gearbox. 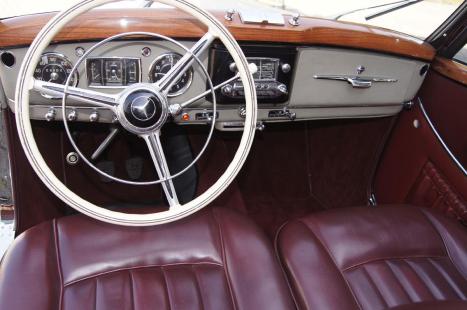 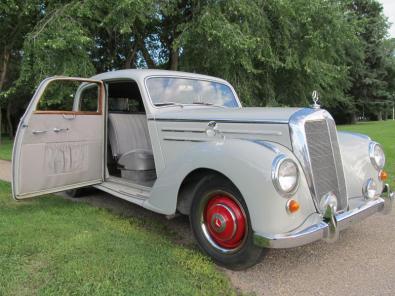 The body was fitted on a chassis and suspended using double wish bones, coil springs and stabilising bar at the front and high pivot swing axle with coil springs at the rear. Electrical power was supplied by a 6 Volt system and stopping power was provided by 240 mm diameter (9.44″) drum brakes on all four wheels.

One thought on “Mercedes Benz 220”