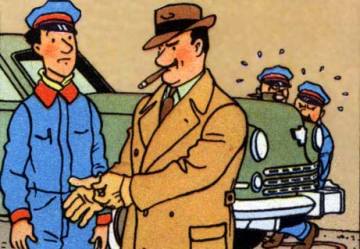 We are continuing with book “Land of Black Gold”. In my last post Thompson and Thomson had joined the auto repair company “Autocart” and were given a Chevrolet breakdown truck to drive. Unfortunately they wrecked the truck by colliding against a tree. Their next assignment was to check the tyre pressure of the boss’ car. The two detectives, while filling air in the tyre started eavesdropping on the discussion between the boss and an attendant. In bargain they ended up overfilling the tyre and blowing it up. The car which met with this fate was none other than a Studebaker Commander 1948 model. 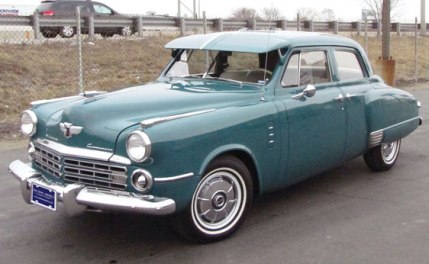 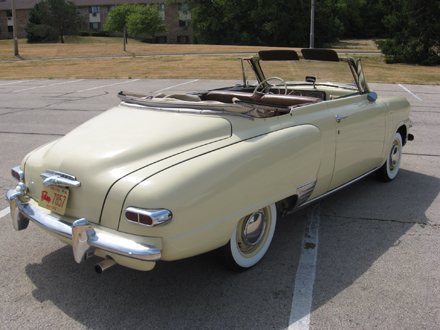 The company gained immensely during World War I due to huge orders received from Britain for the British Army. Similar orders were also received from France and Russia. In 1926, Studebaker was the first American company to own and operate a controlled outdoor proving grounds. 5,000 pine trees were planted at the sight which spelled “STUDEBAKER” when seen from the air (click on the link to see the site on Google Maps). They planned well and were the first company to come out with relatively new models post World War II. They were the first to introduce the flat trunks in an era of curved tapered trunks. The company was known for its quality and reliability, but came under financial stress and production of Studebaker cars stopped in 1966. 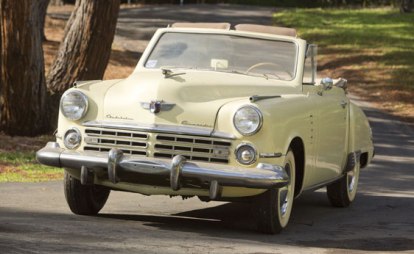 Coming to the car under discussion. The Studebaker Commander was first launched in 1927. In 1928 three Studebakers challenged the 24,000 km (15,000 miles) speed record set by Auburn. These cars were stock cars and much lower priced than the Auburns. However, they successfully broke the records with the speedsters averaging 105 km/h (65 mph) and the sedan averaging 99 km/h (62 mph) after it flipped on ice during night run and was repaired. 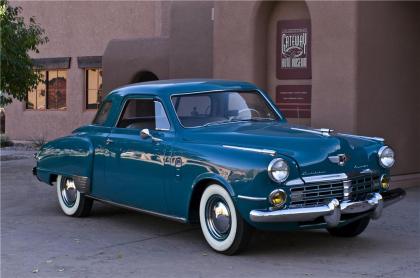 The 1948 Commander was available as a sedan, a coupe and a 2-door convertible. These cars were powered by 3,707 cc (226.2 cu-inch) naturally aspirated inline six cylinder petrol engines producing 94 HP at 3,600 rpm. They produced 239 N-m (176 lb-foot) of twist at at low 1,600 rpm. The driving force was transmitted to the rear wheels through a three speed gear box. 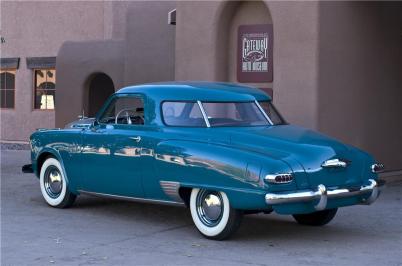 Front and rear axles were semi-floating type with independent transverse suspension at front and semi elliptic leaf springs at rear. Stopping power was provided by hydraulic drum brakes on all four wheels.