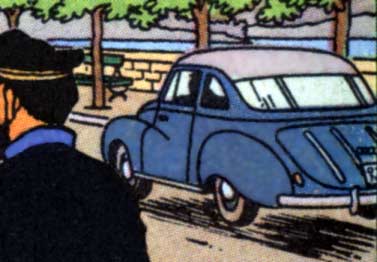 Captain Haddock and Tintin are in Switzerland. They had followed the leads on Professor Calculus and arrived at Geneva. Then they followed him further to Nyon in a Simca Aronde taxi. On the way they were driven off road by the villains driving a Citroen 5CV . Finally they took a lift in a Rover 60 and reached Nyon. While in Nyon, the house of Professor Topolino was bombed while our friends were inside. A Jeep Station Wagon and a Peugeot Q3A of the fire brigade rushed to their rescue. Now discharged from hospital but still unable to find Professor Calculus, they move back to Geneva. As they walked the street to their hotel, they passed a Ford Fairlane parked on the road and a blue DKW 3=6 overtook them while they were deeply engrossed in discussion. 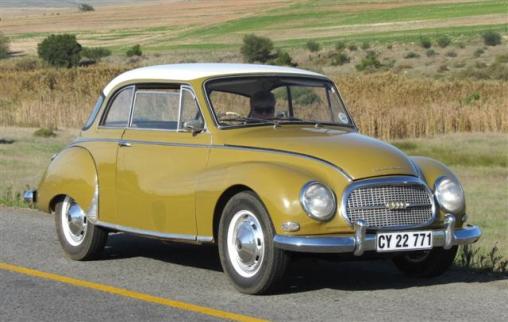 The DKW 3=6 was a compact car built by Auto Union. The Auto Union AG was formed in 1936 during the great depression. It was an amalgamation of four German automakers, Audi, Horch, DKW and Wanderer. Auto Union acted as an umbrella firm for its constituent brands. This company was the immediate precursor of the modern day Audi. Auto Union was famous for its racing team. The duo of Mercedes Benz and Auto Union, called the silver arrows because of the colour of their racing teams, set records in the 1930s which would take decades to break. Auto Union dominated the Grand Prix racing scene from 1934 onward. Their record of the fastest speed on a public road (432.7 km/h or 268.9 mph) was broken only in 2013. 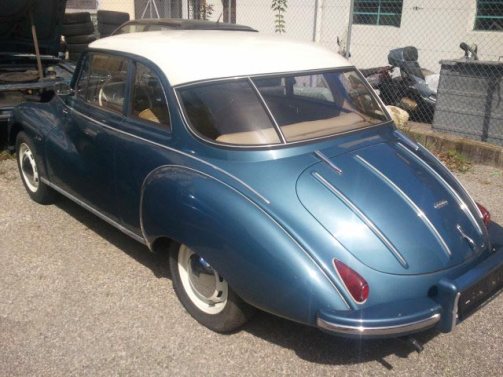 After World War II, Auto Union found itself on the wrong side of the iron curtain. The company moved west, but its factory remained in East Germany. One of the lineage went on to become the Wartburg, the premier East German upper mid-size car.

The DKW 3=6 was manufactured from 1953 to 1959. It was classified as compact or small family car (not by USA standards). It was available as:- 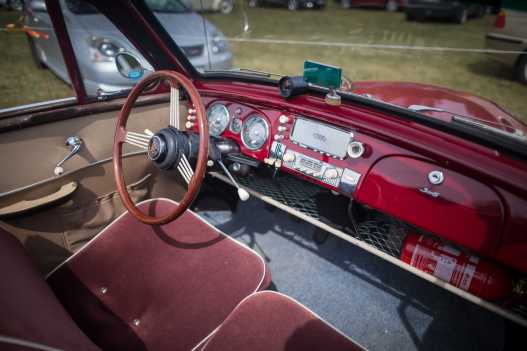 This car was in competition with the Volkswagen Beetle, but offered better interior space, especially in the 4-door guise which had a slightly extended wheel base. As a opposed to the Beetle’s rear engine rear wheel drive this was a front engine, front wheel drive car. You may find the name 3=6 funny. Well it had started as an advertising campaign but caught on and even found itself on the fenders of these cars. The other name was “Sonderklasse”. 3=6 basically wanted to display that this 3 cylinder 2-stroke engine was as good as a 6 cylinder 4-stroke engine. 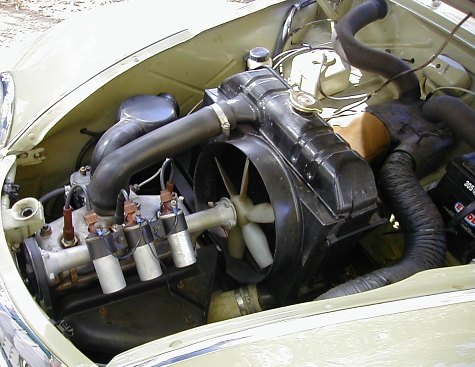 The DKW 3=6 was powered by a 896 cc (54.6773 cu-inch) 3-cylinder inline naturally aspirated 2-stroke petrol engine which produced 40 HP at 4,250 rpm. This puny engine could produce 73.6 N-m (54.3 ft-lb) of torque at 3,500 rpm. This power and torque was transferred to the front wheels through a four speed manual gear box. The DKW motordid not have a water pump. It relied on on the principle of thermo-siphon to circulate the coolant to its high-mounted radiator. 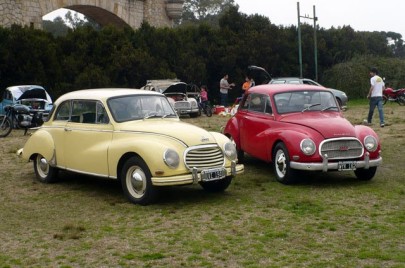 Two strokes are not happy under engine-braking conditions. The engines on the DKW tended to foul their spark plugs or even worse sometimes if forced to engine brake. To avoid this, DKW provided freewheeling which disengaged the engine as soon as the throttle was lifted. However, this put much more stress on the brakes, especially in hills. Though DKW provided for larger than normal drums on all four brakes, drivers did not trust these cars in hills. These cars were not popular in the Alpine regions.

Wanna take a ride in the DKW?