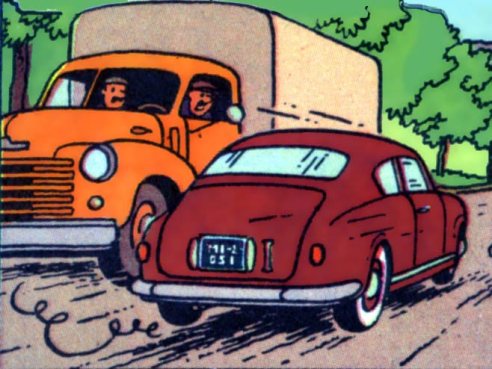 Oh! what a journey Tintin and Captain Haddock have undertaken so far to find their good friend Professor Calculus. The duo are on their way to Borduria after they failed to rescue the professor from the premises of the Bordurian embassy. After their short but unsuccessful attempt at a chase in a helicopter, the two tried everything, including giving a chase on foot. That are what friends are for. After attempting a number of times to hitch hike, they finally succeeded when Arturo Benedetto Giovanni Guiseppe Pietro Archangelo Alfredo Cartoffoli da Milano gave them a ride in his Lancia Aurelia GT. During their super fast and seat of the pant exciting journey, the trio passed a number of towns, villages and yes vehicles. One such vehicle was an orange coloured Chevrolet 3800 truck. 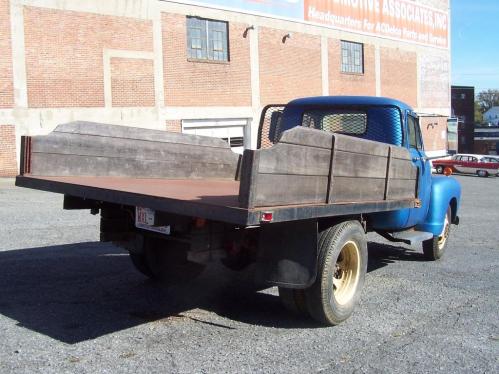 The 3800 was part of Chevrolet’s “Advance Design” series of trucks. A series which replaced the AK series. The “Advance Design” trucks were a major redesign after World War II to offer bigger, stronger and sleeker trucks. These trucks were manufactured from 1947 to 1955. A number of models were on offer like:-

These trucks were the best selling trucks in the USA at the time and were also branded as GMC trucks. These were the first trucks to offer radio as an in-dash option. These trucks were offered as conventional cabs or cab-over design. In case of cab-over, the length of the bonnet was reduced while the height was increased. 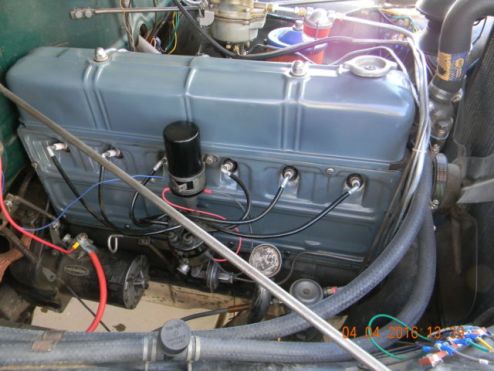 The 3800 was offered as a 3,859 cc (235.49 Cu-inch) inline six cylinder naturally aspirated petrol engine. These engines produced 112 BHP at 3.700 rpm and 272 NM (200 ft-lb) at 2,000 rpm.These engines breathed through push-rod valves, one inlet and one exhaust. The inlet and exhaust manifolds were unique in that there were three inlet ports, one shared by two cylinders while there were four exhaust ports with cylinders 1 and 6 having their independent ports while cylinders 2,3,4 and 5 shared one exhaust manifold between two cylinders.

All this power and torque was transferred to the rear wheels through a single dry plate clutch or a fluid coupling using a number of transmissions which included 3 speed manual, 4 speed manual, 3 speed heavy duty and 4 speed automatic.

Depending on the size and payload of the truck, 16 to 20 inch wheels were offered. The trucks had bodies bolted over a ladder frame chassis as was the norm at the time. The front suspension comprised of a dead axle supported by semi-elliptic leaf springs. The rear axle was live and was offered as either a one speed, two speed or heavy duty axle.This was supported by semi-elliptical leaf springs of three types:-