After all the adventures with Professor Calculus, Borduria and Syldavia, Tintin and Captain Haddock were having a pretty some quiet time at home in Marlinspike. But how long couls Tintin rest? In my last post, the Captain and Tintin were on the streets of Brussel after watching a movie. As we walked back home in a drizzle they banged into their old friend General Alcazar. The General was in a hurry and not very keen on a chat. However, as they parted, he dropped his wallet on the road. Tintin rushed after him to return it. As they cross the street in the book , “The Red Sea Sharks” a funny looking maroon car is shown in the background. This was a Panhard Dyna Z. 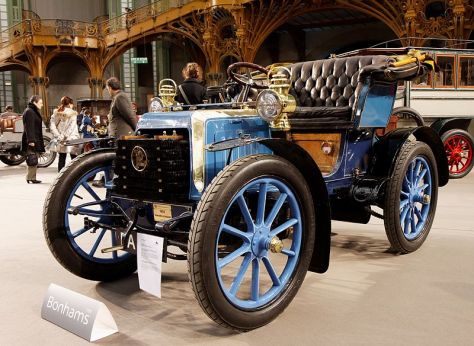 Panhard was established in 1887 by Rene Panhard and Emile Levassor in France and was called Panhard et Levassor. They introduced their first car built around a Daimler licensed engine in 1890. Daimler and Levassor became very close friends and Daimler shared a number of improvements with the company. Their 1894 model is credited to be the first car to use a modern transmission system. They were one of the first companies to introduce a steering wheel, cars before that came with a steering tiller. They were also the first company to introduce a clutch operated gearbox for the chain drive. Panhard introduce the concept of a front mounted radiator for cooling the engine. In 1891, Panhard introduced the modern day lay out of a car, the systeme Panhard which comprised a car with four wheels with a front mounted engine and rear wheel drive through a crude sliding gear transmission. This layout and gearbox remained the industry standard till 1928 when Cadillac introduced the synchromesh gearbox. 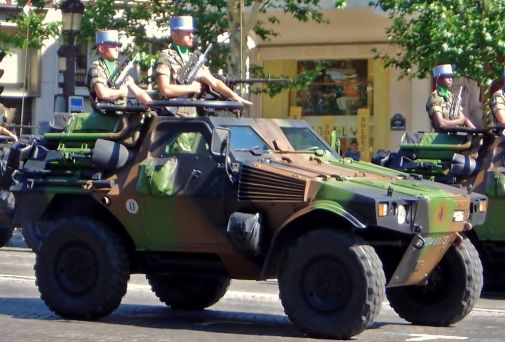 Panhard also dabbled in sleeve valve engines developed by the American engineer Charles Yale Knight and offered cars with these valves alongside the conventional valved cars. Panhard supplied the official car to the President of France between 1913 and 1920. The company was renamed as Panhard after World War II. In 1967, the company, facing falling sales and increasing financial stress was taken over by Citroen. The brand was retired as a car manufacturer. However, it continued manufacturing armoured cars for the military. In 1974, Citroen was taken over by Peugeot and Panhard became a part of the PSA Peugeot Citroen Group. When Panhard lost a contract to supply vehicles to the French Army in 2004, it was acquired by Auverland, who won the contract, in 2005. However, as the Panhard name was much better known, Auverland decided to brand its armoured cars as Auverland. in 2012, Renault Trucks Defense, a division of Volvo acquired Auverland and Panhard.

The Panhard Dyna Z was a mid-size car manufactured by the company between the years 1954 and 1959. It was offered in a number of body shapes like:-

Panhard always considered itself as a leader in automobile technology. As a result its cars were full of unusual engineering and futuristic design concepts. There was excessive Aluminum in the French market immediately succeeding World War II due to stoppage of manufacturing of fighter planes. As a result, initially this car was designed with an Aluminum bodywork supported on steel tubes. However, the situation changed by the time it was introduced in 1954 when it was introduced with steel body. Though the change to steel did impose a weight penalty, its modern design bestowed with a unique combination of space, ride comfort, performance and fuel economy at a very competitive price. 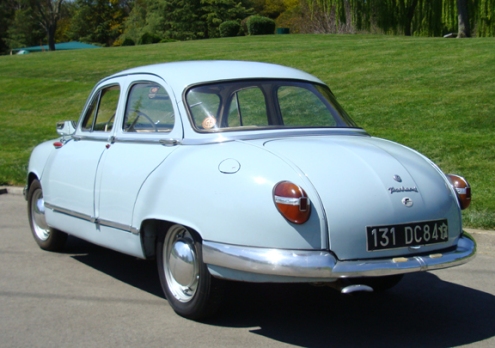 These cars had wider bodies as compared to their competitors and could easily seat six. They were 4,750 mm (180″) long, 1,688 mm (65.7″) wide and betwen 1,420 mm (56″) for cabriolet to 1,645 mm (64.8″) for pickup, tall. They weighed in between 710 Kg (1,570 lb) and 850 Kg (1,870 lb). Panhard was an early adopter of  wind tunnel testing and the science of aerodynamics. As a result of these tests, the car styled by Louis Bionier had a rounded body with a  coefficient of drag of just 0.26. Compare this with 0.51 for Citroën’s 2CV, and 0.48 for the Volkswagen Beetle. In addition Panhard employed widespread and innovative use of plastics for the dashboard, interior furnishings and other components, thus helping to reduce overall weight.

The Dyna was powered by a 851 cc (51.9 Cu-inch) horizontally opposed twin cylinder naturally aspirated petrol engine. This tiny engine breathed through two overhead valves per cylinder and produced 42 BHP of power  at 4,200 rpm. It also churned out a torque of 64 N-m (51 ft-lb) at 2,250 rpm. All this power and torque was transferred to the front wheels through a four speed manual gearbox which had synchromesh on the top three gears. This engine could push the car to a maximum speed of 126 Km/h (70 mph) and could accelerate it from 0 to 60 mph (0 to 96 Km/h) in 24 seconds. The engine was air cooled, thus eliminating the need for a radiator. This allowed the car to present a smaller frontal area to the wind.

The engine was compact enough and allowed its four-speed gearbox and final drive to be cantilevered ahead of the front wheels, for better space utilization.The body was supported on an independent front suspension comprising two transverse leaf springs while the rear was supported by a rigid trailing axle with central pivot and torsion bars. Stopping power for all this speed was provided by hydraulic drum brakes of 9 inches diameter on all four wheels.

Though designed as a family car, the light weight and frugal car was pretty successful in competitive driving. It claimed to have won over 900 motorsport events. The crowning glory was when it won the 1-2-3 at 1961 Monte Carlo Rally, one of the toughest in Europe.