The adventures of Tintin in the “Red Sea Sharks” came to an end with Rastapopoulos escaping in a single seat submarine (a specialty of Herge). The book ended with Joylon Wagg arranging the finale of the Vagabond Car Club rally at Marlinspike. The last scene of the book shows a huge collection of cars parked haphazardly or in the process of being parked in a completely chaotic manner. This frame is a delight for any lover of automobiles and especially classic cars. It has a collection of cars which are icons in today’s world. We are continuing with this frame. The frame shows a Blue and Yellow cars reversing into the steps of Marlinspike. This car is a 1957 Cadillac Eldorado.

The Cadillac Eldorardo was a luxury cars manufactured by Cadillac between 1953 and 2002. A total of ten generations of this car were manufactured. The car depicted in “THe Red Sea Sharks” was a third generation Cadillac Eldorado.The Brougham offered in 1957 was the most expensive car offered by Cadillac at that time. Keeping with its market position of a luxury car, the Eldorado is a a contraction of two Spanish words meaning “the gilded one” or “the golden one”. It also refers to the mythical South American city of Gold. The hard top models were called “Seville” and the soft top models were called “Biarritz” for some time between 1956 and 1960. These cars started the outlandish rocket ship shark fins which became a staple of most American cars of the era.

The third generation cars were designed by Harley Earl and were offered in a number of body styles:-

The Eldorado Brougham was introduced in 1957, it was designed by Ed Glowacke. It was an uber luxury car which costed double the price of a Cadillac Eldorado and was even more expensive than a Rolls Royce Silver Cloud. This car featured the best in automobile luxury on offer at the time. It had stainless steel roof, a self leveling air suspension, automatic  power seats with memory for two positions, low-profile tyres with thin white-walls, automatically opening trunk, cruise control,  polarized sun visors, electric antenna, automatically released parking brakes, electric door locks and dual heating system. It also came with silver magnetized glove box, drink tumblers, cigarette and tissue dispensers, lipstick and cologne, ladies’ compact with powder puff, mirror and matching leather notebook, comb and mirror, perfume atomisers, automatic starter with restart function, power windows, forged aluminum wheels and obviously air conditioning. Buyers could choose from 44 full-leather interior and trim combinations. They had pillarless doors which opened opposite giving wide and easy access to the interior. 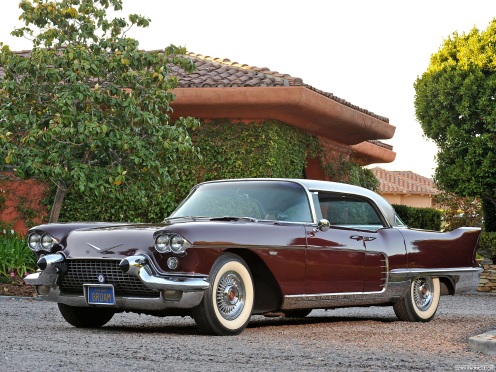 This humongous amount of power and torque could push the two and a half ton car from 0 to 100 km/h in 11.9 seconds (0-60 mph in 11.3 seconds). If you decided to not lift your foot off the accelerator, the car would cover the quarter mile in 18.3 seconds, crossing the line at a speed of 129 km/h (90 mph). If you found a straight road beyond the quarter mile and continued with your pedal to metal style, this car would finally reach a speed of 195 km/h (121 mph) before it ran out of breath. However, disc brakes failed to make their way into the car. 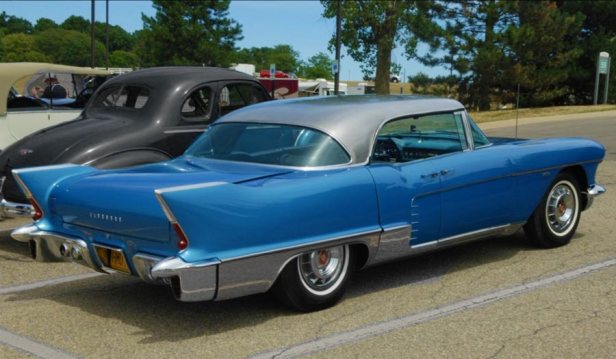