In the “The Red Sea Sharks” Emir Bin Kalish Ezar had sent his son Abdullah to Marlinspike as he wanted Tintin to help Abdullah with his English. He also stated in his letter to Tintin that the situation in the emirate was grim. Later there was a coup in the emirate of Khemed and Tintin along with Captain Haddock (highly persuaded by the antics of Abdullah) decided to go to Khemed. The last leg of the journey was onboard a Douglas DC 3 from Beirut to Wadesdah, the capital of Khemed. 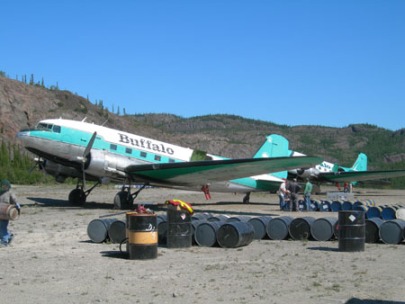 The DC 3 and its military versions were one of the most successful aircraft in history with several aircraft still in service with several airlines and air forces in 2018, more than 80 years after the plane first took to air. The DC 3, DC standing for Douglas Commercial, was a development over the DC 2. The reason was, American Airlines wish to start a luxurious sleeper service which could carry 14 to 16 passengers. The transcontinental journey from the US east coast to the west coast was grueling in the 1930s. The journey comprised several short air trips during day time followed by train journeys at night connecting to the next air trip in the morning. No wonder, American Airline wanted to offer a sleeper service. However, the DC 2 was not broad enough to install two beds across the aisle. As a result, CEO of American Airline convinced Douglas to develop a wider and larger aircraft. The DC 3 started its life as a DST (Douglas Sleeper Transport). The prototype took to air for the first time on 17 Dec 1935. Soon it developed into an airliner which could carry 21 passengers in luxury across the continent in just 14 to 17 hours with four stops for refueling. It was adopted by several foreign airlines in Europe with the longest flight being operated by KLM from Europe to Australia.

With World War II breaking out in 1939, a large number of DC 3 were manufactured as troop and cargo carriers and found extensive service during the war. Incidentally, the DC 3 was operated by both the fighting sides. The Allied used the military version of the DC 3 called the C 47 Skytrain as also the Lisunov Li-2 built under license in the Soviet Union. On the other side, Axis forces used the Mitsubishi L2D Type 0 transport in the Japanese forces. From 1935 till end of production in 1950, 607 DC 3 were built for commercial use. 10,048 planes were built in the USA for the allied air forces. An additional 4,937 were built by the Soviets till 1950 and 487 by the Japanese. At the end of war Douglas came up with a Super DC 3, however, ironically the aircraft was a failure because of the availability of a very large number of war surplus DC 3. Most of these military surplus aircraft entered commercial use becoming the most successful airliner in the world. 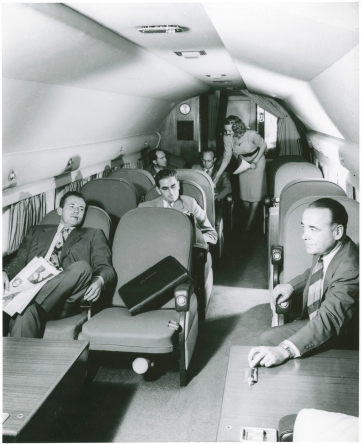 The DC 3 was a metal hull fixed-wing aircraft with twin engines. It had a landing gear which retracted and a tail wheel. It was initially designed with the Wright R-1820 Cyclone 9 engines, however they were replaced by the Pratt and Whitney R-1830 Twin Wasp engines which went on to become the standard engine on this aircraft. In the 1950s, several were upgraded using turbo prop engines from Rolls Royce. The R-1830 was a twin row, 14 cylinder air cooled radial engine. It displaced 30.0 litres. Each cylinder had a bore and stroke of 140 mm (5.5″). These engines were super charged and had one intake and exhaust valve each. They used 95 to 100 octane fuel and produced 1200 BHP at 2,700 rpm for take off. For cruising, the engine generated 700 BHP at 2,325 rpm at a cruising altitude of 4,000 m (13,120 ft).

Incidentally, it were the DC 3, called Dakota in the Indian Air Force which were used to land a company of the 1st Battalion of the Sikh Regiment in Srinagar on 27 Oct 1947 in support of the King of Jammu and Kashmir against the invading Kabailis. The day is celebrated as the Infantry Day by the Indian Army. This landing played a crucial role in the accession of the State of Jammu and Kashmir with the Union of India.