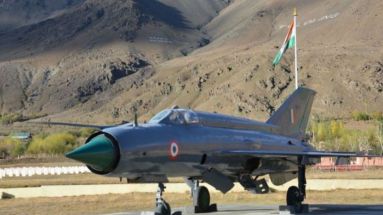 14 February 2019, when the entire world was busy celebrating Valentine’s Day, in Pulwama district, a suicide bomber in a van packed with explosives drove into a convoy of Central Reserve Police Force (CRPF) which was carrying men returning from leave from Jammu to Srinagar in the state of Jammu and Kashmir in India. As a result, more than 40 CRPF men were killed and several more maimed. It was one of the largest terrorist attacks in the state for several years. On 26 February 2019, the Indian government retaliated with air strikes on known terrorist training camps in Balakot, in Pakistan and Muzaffarabad & Chakoti in Pakistan Occupied Kashmir (POK). 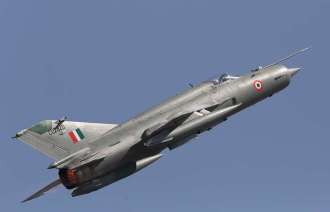 The Pakistan Air Force thereafter attempted retaliation and tried to attack military establishments on the Indian side. The attempted incursion comprised fighter aircraft like the Chinese made JF-17, the French origin Mirage V and US origin F-16s. Indian Air Force scrambled its interceptors based in Srinagar, mainly comprising the Mig 21 Bison aircraft. The world was witness to a combat dogfight between fighter aircraft after a long time when weapons were fired in anger against each other. The result would come as a surprise to many. The Mig 21 Bison, an aircraft designed in the early 1950s shot down a much modern F 16 before it was itself brought down by anti air fire. This victory of the Mig 21 Bison over the F 16 was, however, not a one off chance. Indian Air Force Mig 21 Bisons had scored a 9:1 win over the USAF in exercises conducted between the two Air Forces during Cope India in 2004 and several times thereafter. 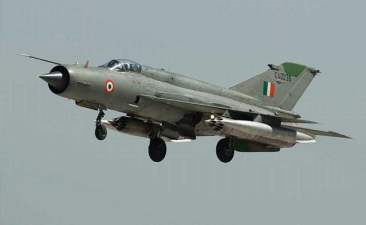 The Mig 21 was designed by the Mikoyan-Gurevich design bureau in Soviet Union as a follow on to the Mig 19 supersonic fighter. It was the first aircraft designed as a combination of interceptor and fighter. Its development started in 1950 and it flew for the first time in 1956. The plane entered service with the Soviet Air Force in 1959. A total of 10,645 aircraft were built in the USSR in three factories. Further 194 were built under license in Czechoslovakia and 657 in India. Incidentally India ordered its first Mig 21 in 1961 and commissioned the first aircraft in 1964. These were the first super sonic fighter aircraft of the Indian Air Force. As on date 113 of these aircraft are still in service with the Indian Air Force. Other than USSR and India, around 58 countries across the world have either operated or are still operating this aircraft. The Mig 21 is the most produced supersonic jet aircraft in the world.

The Mig 21 has an elliptical fuselage and a Delta wing configuration which allows it gain height quickly. It is a very maneuverable aircraft and effective in its role as an interceptor. It has a centrally mounted single turbo jet engine. It has a central air inlet with a cone which,  based on the aircraft speed, regulates the amount of air going into the engine . This is done by moving the cone axially to control the opening for the air intake. The position of the cone is calculated based on the differential air pressure across the engine compressor.

The Mig 21 Bison is basically an upgraded Mig 21 bis. The aircraft has been upgraded with modern Phazoron Kopyo multi modal radar – which can simultaneously track eight and engage two targets; avionics and communication suite. They have been provided with data link to get a better airspace awareness. It can now carry a number of guided ammunition and modern air to air missiles including Within Visual Range (WVR) and Beyond Visual Range (BVR) missiles. The pilots got helmet mounted sights. The Bison also has the ability to fire High Off-Boresight missiles like the R73, which shot down the F 16.