After saving the rule of Emir Ben Kalish Ezab and foiling the nefarious plans of Rastapopoulus in “The Red Sea Sharks”; which had one of the largest collection of cars in any Tintin; our young friend moved on to his next adventure. This was a humanitarian effort where he embarked to find and save his friend Chang, who was aboard an aircraft that crashed in the Himalayas. Tintin, the sentimental fellow never believed that his friend was killed in the crash. He convinced Captain Haddock to accompany him to find his friend in “Tintin in Tibet.” I developed a bonding with this book because it was the first book where Herge showed some real Indian cities. 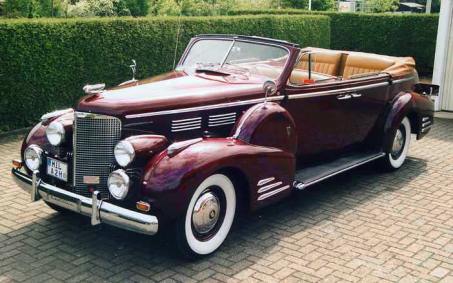 I was especially excited as my hometown Patna was mentioned in the book when an air hostess explained the route from New Delhi to Kathmandu with Patna as the stop over city . Herge had frequently depicted the imaginary Indian kingdom of Gaipajama in some of his earlier books though. During a street scene in Delhi, Captain Haddock had attempted to remove the ubiquitous cow found on Indian roads and the angry bovine, on being disturbed, had dumped Captain Haddock in an orange convertible taxi. This car was a Cadillac Type 75, the first generation of Cadillac 70 series. 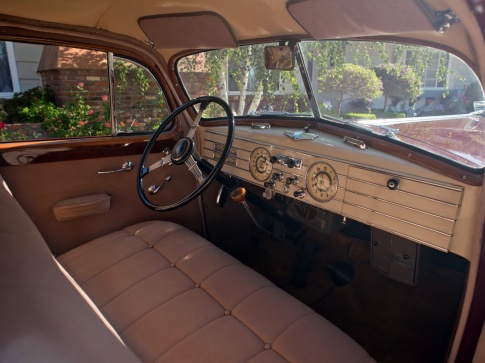 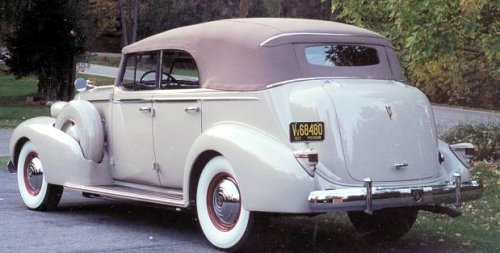 Though the cars had all the ingredients for a successful luxury car; V-8 engine, a body built by Fleetwood, stylish and smart design; the car was launched in the midst of the Great Depression. The price of $ 2,445.00 was too high for the period and only 5,248 cars were manufactured in 1936. The car shown in “Tintin in Tibet” is a 1937 model year car, as it has an egg-crate grille. Herge has also shown the chrome die cast strips at the rear of the hood side panels and the integrated boot that appeared in the 1937 cars. 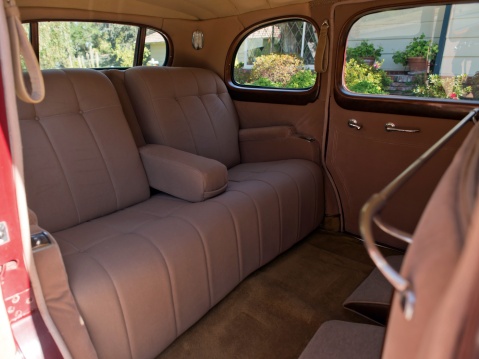 The Type 75 was powered by a 5,678 cc (346.49 cu-inch) naturally aspirated 90 degree V-8 petrol engine. Breathing through two side valves per cylinder, this engine could produce 135 BHP at 3,400 rpm. All the power and torque from the front engined car was transferred to the rear wheels through a single disc clutch using a three speed manual gearbox with synchromesh. The drive was transferred through a semi-floating rear axle with spiral bevel drive. Stopping power was provided by four hydraulically operated drum brakes, one on each of the wheels.

Later generations of the Type 75 were honoured to be the car of choice for the President of the USA.